Mr Gonzalez, a first-year student History student was found bloodied and half-eaten in the Print Room dropbox containing copies of The Cheese Grater magazine. “It’s lucky we ever found his body at all,” said lead investigator Mick Salsbury. “No-one’s been near that dropbox for weeks.”

Last night, Miss Hannah Cardinal was arrested for the murder and attempted eating of Mr Gonzalez. A source within the internal UCL investigation, who asked to remain anonymous, spoke to The Cheese Grater and suggested that the whole event had been an unfortunate misunderstanding. Miss Cardinal, a well-meaning vegetarian and patron of UCLU Bars and Cafes, was simply “confused” by recent changes in UCLU policy.

“Miss Cardinal had been diligently following UCLU’s ‘Meat-Free Mondays’ policy for years. When this policy came to an end earlier this year, Miss Cardinal presumed that ‘Mexican Mondays’ – the bar deal that replaced £1 Mondays – was actually taking the place of the vegetarian policy. Consequently she killed and ate a Mexican man.”

“A tragic misunderstanding, but that’s why pencils have erasers.”

Police are currently attempting to the find Gonzalez’ left ear.

£1 Mondays came to a close in January following budget strains at the union. David Dahlborn, resident moustache, told The Cheese Grater that had £1 Mondays continued, UCLU would have been facing severe financial difficulties and would not have been able to complete its mission of covering every square inch of London in “Boycott the NSS” posters. Regrettably, The Tab’s latest investigative piece ‘What your UCL panini says about you’ has taken an unexpectedly dark turn. A friend of Cardinal told The Cheese Grater that the accused had always been a ‘Roasted Butternut and Squash & Feta Tortilla’ girl. The Tab’s description of such a person? ‘Some people don’t know when a joke’s gone too far’.

How to make a WikiHow article 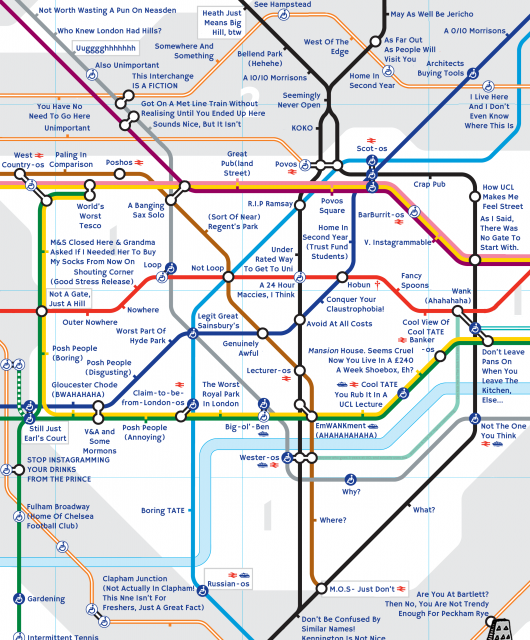